Master of Advanced Studies
in Humanitarian Logistics and Management

He was logistics specialist at the Council for Scientific and Industrial Research where he served as co-leader of the team that developed the first Freight Logistics Strategy for South Africa.  He also served as Chief Logistics Officer of World Vision from 2007 to 2011.  More recent projects include project manager of the development of an inland intermodal container terminal strategy for Transnet Gauteng terminals, Regional Corridor Development Strategy study for the Department of Transport as well as the Automotive Port and Rail Strategy study for Transnet.  His most recent engagement in Southern Africa was project leader of the North-South Corridor Rail Pre-feasibility study.  He is currently working on the Greater Manchester Clean Air Plan project and involved with the clean freight and taxi funds.

Gerard teaches part time at universities in South Africa, Switzerland and Liverpool John Moores University and has contributed chapters in various text books on topics such as Transport, Network Design and Channel Strategy, Humanitarian Logistics, Inland Intermodal Terminals and City Logistics.  He was Honorary Professor in the Department of Business Management, Faculty of Economic and Management Sciences at the University of Pretoria from 2009 to 2011.

After seven years with Arup in South Africa, he moved in September 2018 to Manchester in the UK where he joined the logistics and operations advisory consulting team. 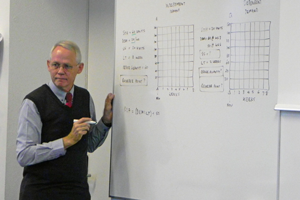